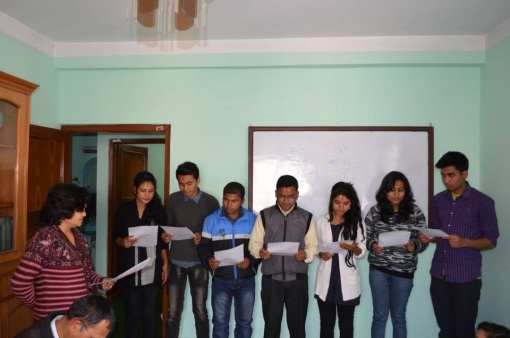 All the posts except the president were elected unopposed. The oath-taking ceremony was conducted by president Kamala Hemchuri. She highlighted the importance of creating this platform. “The main objective of this association is to ensure youth participation in PDRC activities and at the same time prepare the next generation of leadership” she opined. She also said that the elected candidates should be conscious of their duties and work together for the overall development of the organization.
This ad hoc committee is mandated for preparing the constitution within six months. In the presence of enthusiastic 35 PDRC students and the PDRC management team, this association was formed. The program was concluded with a vote of thanks from the president and was further followed by the Holi celebration.