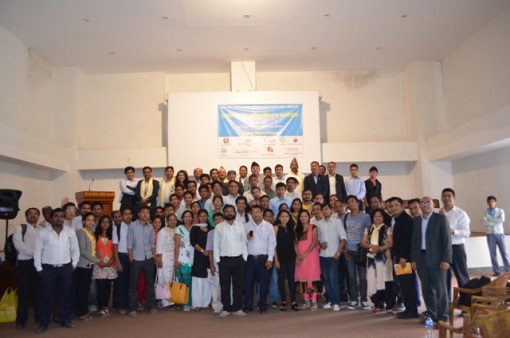 Rup Sunar, Program Manager of PDRC and emcee, cast light on the successes of the PCS program in terms of numbers and reading out the profiles of past successful candidates. It was followed by the welcome speech from Mahendra Bishwokarma, president of the National Dalit Personnel Society Nepal, who shared the history of the PSC exam support program.

Chief Guest inaugurated the program by lightening the candle and it was further followed by the compliment remarks from the guest and consortium member heads. Ms. Lila Adhikari, the undersecretary at the Ministry of Federal Affairs and Local Development, encouraged the candidates to compete both in the inclusion and open completion category. Similarly, the president of the Dalit NGO Federation Mr. Gajadhar Sunar highlighted the importance of policy reform. The Local Development Officer of Kathmandu district Mr. Tirtha Bhattarai urged the candidates to make additional efforts for better results. Santosh Nepali, the executive member at National Dalit Commission, applauded the collaborative approach adopted by the consortium. In his brief remarks, DWO president Chakraman Bishwokarma said that Dalits are the tenants in their own land and disrespect towards their traditional occupations is resulting in unemployment.  Another speaker, Rup Bahadur Pariyar, asserted that the traditional stigma and social structure are holding Dalit back from enjoying available opportunities in the mainstream.

Finally, the chair of the program Mr. Chandra Bahadur Bishwakarma extended thanks and appreciation to all the partners and participants. In his closing remarks, he highlighted the need for strong Dalit unity to ensure Dalit’s right and role in the governance. He concluded the program stating that the sincere effort is needed to establish a PSC preparation class as the means to strengthen the Dalit movement.