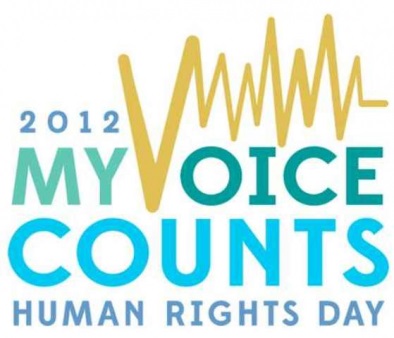 KATHMANDU (12 December 2012)- Congratulations to Susma Rasaily and Kiran Bishwakarma for securing the first position in the essay contest in bachelor and 10+2 levels respectively. Both of them wrote outstanding essays based on the topic – The Role of Higher Education in Promoting Dalit’s Human Rights.

In order to commemorate 64th International Human Rights Day, Professional Development and Research Center (PDRC) launched an essay competition on 21 November 2012 in which the college level Dalit youths across the country were invited to write an essay on the given topic. The main objective of the essay competition is to give youths an opportunity to express themselves on the human rights issues concerning the Dalit community. This further aims at promoting the role of youth participation and strengthening their greater involvement in the same.

Nearly 24 youths across the country participated in this essay competition, which ended on 5 December 2012. The winning essays were selected after a thorough screening by judging panel based on the presented ideas on the basis of their originality, relevance to the topic, fairness, and clarity of expression. The essays were also assessed in software to check the possible plagiarism.

Both winners awarded at the prize-giving ceremony, held at Nepal Bar Association on 8 December 2012, getting a certificate and cash prize. The chief guest Dr. Leela Pathak, member, National Human Rights Commission inaugurated the program by lightening the lamp. Prior to this, PDRC vice president Bhim B K delivered a welcome speech to the guest and other invitees.

Speaking at the prize-giving ceremony, the prominent human rights lawyer Tek Tamrakar, said human rights is not an issue of mere intellectual discussion, and it must be translated into action and behavior. He also explained the national and international human rights instruments endorsed by the government.

“PDRC has very noble objectives,” said chief guest Dr. Pathak. She further opined that the Nepalese society suffered sustainable inequalities due to the state’s indifference in the past towards the Dalit community. She urged the government to adopt some policy measures to empower the socially excluded groups like Dalit. She further added, “Every child must be grown up with strong values so that he/she can compete with anyone, irrespective of his caste and gender.”

The PDRC institutional logo song was also made public in the same program. When the chief guest clicked on the computer screen, the crowd stood up and cheered the song. The lyric for this song is written by PDRC president Kamala Hemchuri whereas the senior musician Raju Sing composed the music. Similarly, singer duo Dharmendra Siwan and Durga Pariyar gave voice to this song.

Musician Raju sing also briefly spoke about the song. He recounted how he got the chance to compose music in the song. For Singh, this song is a dream comes true since he has been in the Nepalese music industry for a long time, waiting for this type of song. He says that Kamala Hemchuri’s lyrics in this song are well composed and helped the song become worth hearing.

The 64th International Human Rights Day was observed in Nepal amidst various programs on Monday. Different rights organizations carried out rallies in Kathmandu to mark the day. PDRC is among the 104 organizations formed to celebrate this year’s international human rights day